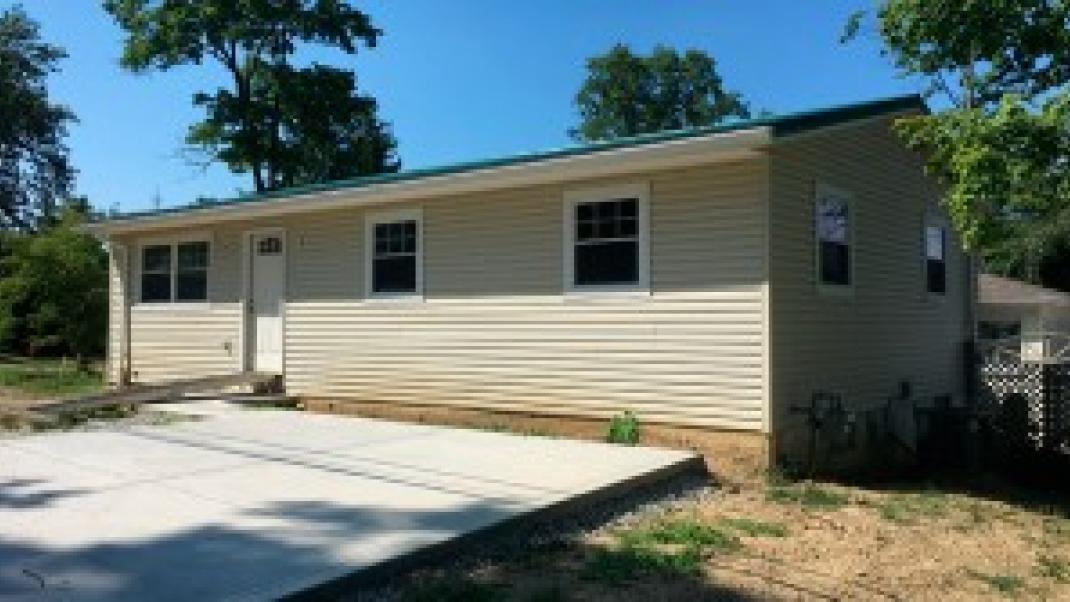 Adam purchased a foreclosed house near Medina in Chippewa Lake at auction – and soon realized that he’d bought himself a bunch of issues.

There had been three feet of standing water in the basement for two years, and unfortunately, it was the very cold winters of 2013 and 2014. When the water froze, the pressure exerted against the foundation walls shifted the house out of square. Doors and windows upstairs couldn’t be opened because the house was so out of alignment. Adam couldn’t even get into the basement and had to call a septic company to pump the water out.

Adam was told he would need a completely new foundation, but then he called Eco-Seal and we consulted with him to arrive at an alternate solution that saved the foundation walls and ended up saving him about $17,000.

Last summer, we dug up the foundation, and shifted the house back into square, then installing ten power braces to make sure that the walls would remain in place in the future. The upstairs doors and windows could be opened again, and Adam was so impressed with Eco-Seal’s work that he hired us to install a basement egress window.

Adam’s putting the finishing touches on the house now – some walkways and new landscaping – and is turning the home into a rental property.