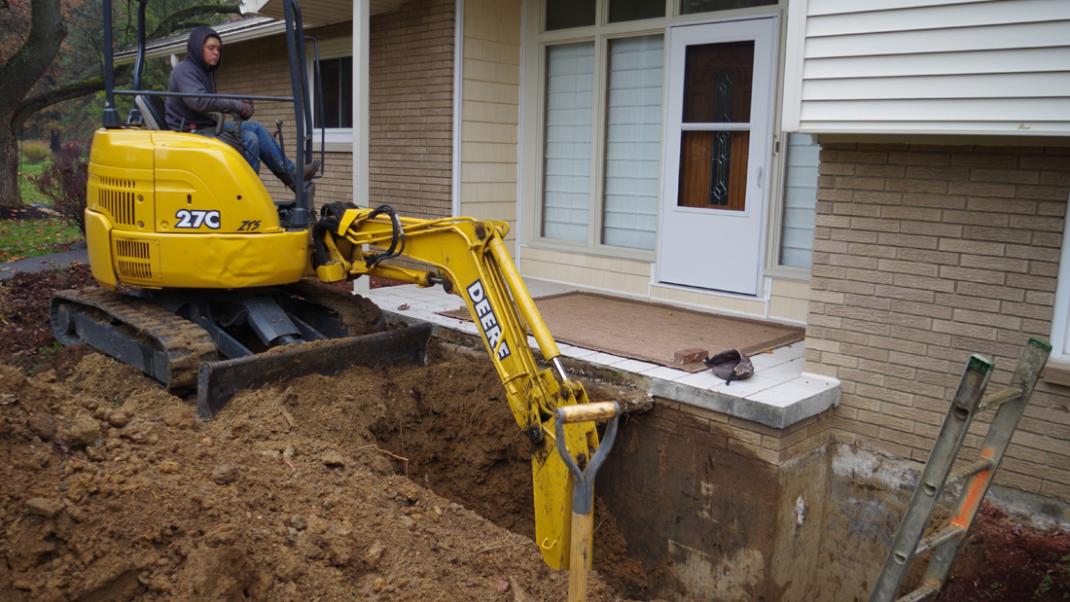 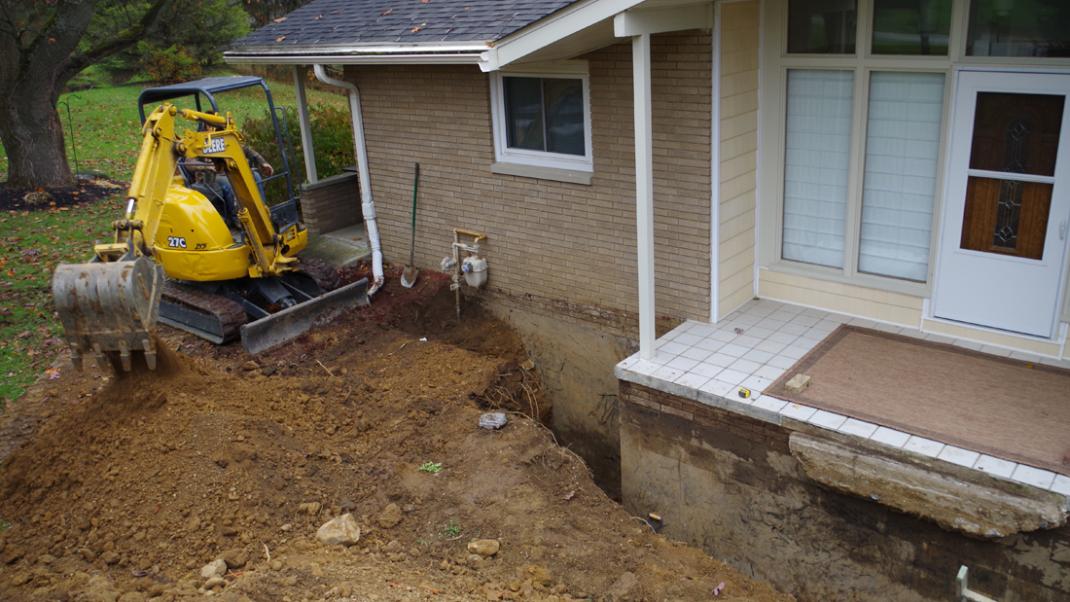 When Jesse and Chelsea were preparing to purchase their new home near Akron, they scheduled a standard home inspection, which didn’t reveal any issues. Unfortunately, when they moved in it became clear that there had been leaks in the basement, which the previous owners had tried unsuccessfully to remedy with DRYLOK and then covered up with lots of boxes.

All along the front foundation wall of the house, there were large cracks. There was mold in the corner, and black mold starting at other points on the wall. It was time for Jesse and Chelsea to take action.

Jesse had familiarity with Eco-Seal and our preference for exterior, rather than interior, resolution and prevention of the problem; he was part of creating our website. But when waterproofing issues “hit home” and became a reality, he wasn’t sure he wanted to spend that much money. Returning to the website, having a more thorough understanding of the work we do, and reading the testimonials helped convince him that this was the best route to go.

When our Eco-Seal team arrived on the scene, we discovered that the house had been built in 1965 and that nothing had been outside since. Tree roots had cracked the footer tile, causing some of the water issues.

Beyond the thorough clean-up and waterproofing of the basement, we decided that the best solution was to dig a trench from the back of the house all the way down to a creek. We wanted to route all the downspouts into a single drain, direct all the water into the trench, and send it down to the creek, alleviating water in the basement and wet spots on the lawn.

To make this happen, we had to first figure out where the downspouts were taking the water currently because it wasn’t obvious. We performed some dye tests and found that one line was completely underground, resulting in a wet spot on the lawn. We opened it up, and redirected it elsewhere.

It was a massive job, but we completed it successfully, and Jesse and Chelsea were especially thankful that our team did a great job cleaning up after we left; all the piles of dirt and broken concrete were removed so that they could enjoy living in their new home.