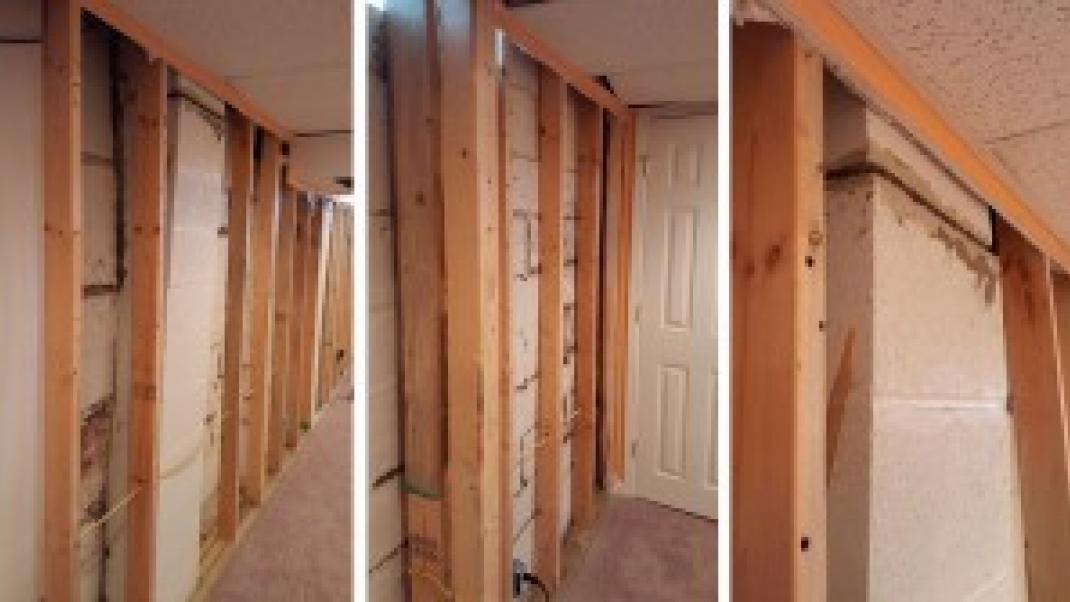 When Angela was house-hunting in Cuyahoga Falls, she was excited to come upon a terrific home with no basement or foundation issues. Sensing a good thing, she purchased the place and moved in.

It wasn’t long, though, before she noticed water coming in on the basement walls. She immediately called her mother for the name of the folks who’d recently solved her basement issues. You guessed it: Eco-Seal.

The Eco-Seal team revealed that the expanding and contracting concrete from the home’s driveway had been exerting pressure against the foundation, causing severe bowing and cracking of the basement walls. The walls had been pushed in about 2-3 inches. Unfortunately, the previously owner had done a pretty good job hiding the evidence under drywall, caulking and painting. But the wet walls suddenly told the truth.

Eco-Seal took out the existing driveway and new concrete was poured a few inches away from the house to allow for expanding. The team then installed ten power braces on the basement walls to help restore them to and maintain an unbuckled position. They finished the job by waterproofing and installing new drain lines, tied to a sump pump in the basement.

Angela was thrilled with this solution, which saved her from having to replace the basement wall which would have been quite a bit more money.

She is now enjoying her new home in the condition it should have been when she purchased it.